On Easter Day ten years ago my brother Iain died, after a short, painful and distressing few months of cancer.  He was my elder by 11 years and he was already an adult, a man and had left home by the time I knew him. He was always my big brother and while I became an adult too, there was always these twelve significant years between us. In the aftermath of his death I tried to put together a series of snapshots to chronicle something of what he was to me. Trying to sum up one person’s life, even with the finest of tributes, is a hopeless task. Inevitably, it is patchy, flawed, and one dimensional. When reading or hearing a tribute, I come away with the feeling “is that it?” “was that all?” These chronicles, which will follow, are not attempts to sum up a life but simply lantern slides capturing a moment in time when the character transcends the simple story revealing the person that was and is my brother. 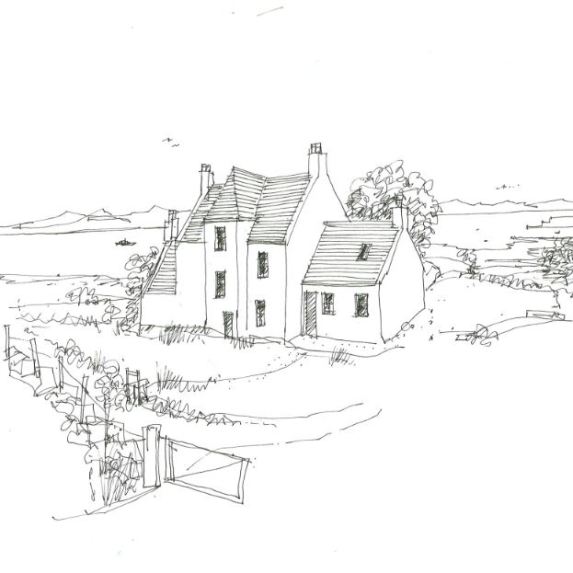 David said he learned to ride a bike down the slope to the hen house but I learned by freewheeling from the top of the hill behind the manse. There was only one size of bicycle – large. Small bikes and stabilisers were unknown and the trick was to carry a chair up the slope, support the bike with one hand, sit on it and push off. With feet only reaching the high point of the pedals you free-wheeled down, zigzagging through the grass and jumping clear just before the bike keeled over in a heap. Then you picked up the heavy beast, pushed it back up the hill and started all over again. Needless to say, when tired of the runs, the chair was left solitary on the hill and when the call for tea came, I was told to go back for it. Tired and reluctant and most likely complaining, I started for the door but Iain pushed past me. “I’ll get it” he said as he sprinted up the hill in his rolled up shirt, grey flannels and sandshoes. I watched in amazement at his astonishing agility. It seemed like nothing as he galloped down the hill with the chair in his hand. I was struck then by the unbounded joy he showed in this selfless act. My little heart glowed. It was so good to have a big brother

2 thoughts on “Big Brother Chronicles I The chair”