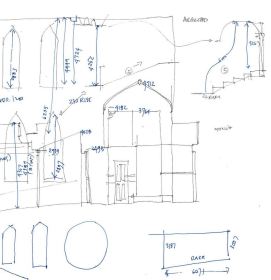 I am quite sure there a lot of excellent ones out there, scrupulously prepared, clearly presented and most importantly relevant and helpful but, the trouble is, I haven’t seen or heard of one yet ….The Home report.  They were introduced by the Scottish Government in 2008 and with so much new legislation they were brought in with every good intention to deal with a perceived problem in the business of buying and selling property. If you are buying or selling a house in Scotland you will have to deal at some point with one. I don’t have the authority to say if it has helped or not. I cannot say if it has made the process of buying or selling easier or cheaper but in terms of helping to establish the actual condition of a property, I doubt if they are really worth the paper they are written on, or Kb’s of memory they take up.

In my experience they are often inaccurate, focus on relative trivialities and most worryingly overlook aspects which can be quite serious. The layout, which has generally been adopted, follows a model suggested by the Scottish Government with diagrams to explain what a roof is and what a window looks like and most of the actual text is taken up with exclusions and list of things that the report is not reporting on. The actual assessment of condition is cursory and simplified to a 1,2 or 3. This, certainly, makes it easy to understand but as far as a judgement on the state of the property is concerned, it is pretty well useless.

The worrying thing is that many prospective buyers place a lot of weight on the Home Report wrongly assuming that it is valuable assessment of the building’s fabric. It is not. I have had many clients who have been frustrated, sometimes angry and often bewildered when they discover, sometimes to their great cost, that serious and obvious issues have been overlooked or simply not spotted. The reports are written in such a way, with so many disclaimers, it is almost impossible to seek redress from the surveyor.

So my advice to the purchaser? Get the report read it and then bin it . If you want to find out about the building and what you might be committing yourself to, get someone who knows, to take the time to survey it, to think through the whole structure in all its aspects, to lift carpets, get under the floors through the hatches and up on the roof.  Be prepared for some disruptive investigations also, if these are called or. In many ways it is just like a medical examination, but one where you would want to know the full story and not simply be told you are a 1, 2 or a 3. 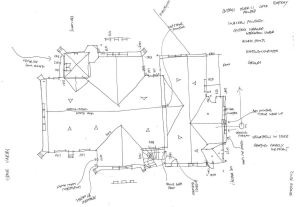